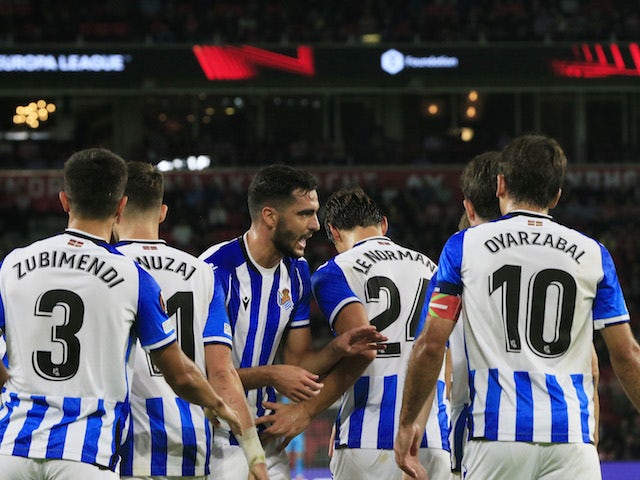 Sturm Graz have lost all three of their group stage games, scoring just once.

Real Sociedad have won to nil on seven occasions this season, including four 1-0 wins at home.

A 1-1 draw with Athletic Bilbao on Sunday extended Real Sociedad’s unbeaten run to 14 games in all competitions and all the signs suggest they can put another win on the board when they host Sturm Graz on Thursday.

The Spanish side beat Sturm Graz 1-0 in Austria last month and the visitors have been struggling ever since, losing their following three games to make it six losses and one win in their last seven outings in all competitions.

They have lost all three Europa League matches so far and scored just one goal in the process, which doesn’t bode well when they face a home side with a fantastic defensive record.

Isak to lead hosts to victory

Real Sociedad shipped four at Barcelona on the opening day of the season but have since conceded just nine goals in 14 matches. They have won to nil on seven occasions and all four of their home wins have been by a 1-0 scoreline, so I’m backing that on Thursday.

Those in the market for a goalscorer tip should consider Alexander Isak. The Swedish striker has hit a red-hot run of form lately with a goal in six of his last seven games for club and country, including the winner against Sturm Graz in October.

Vector X Football Shoes: What you need to know