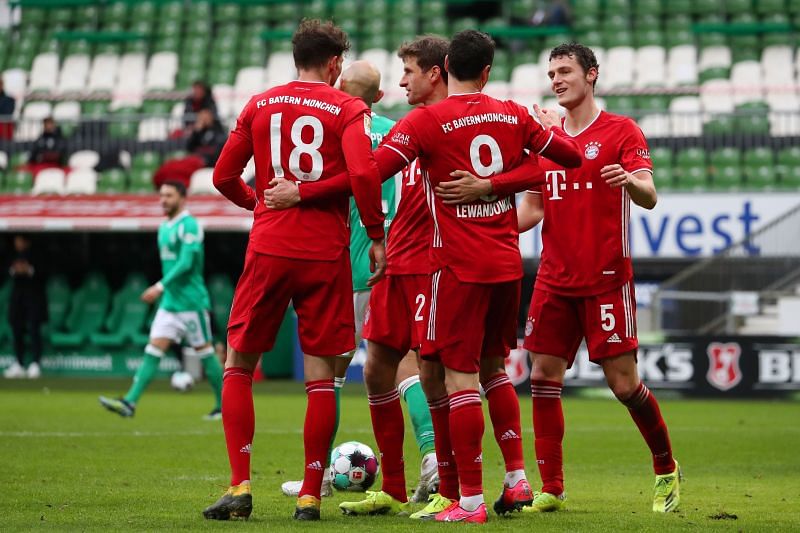 The Bavarians yet again proved their supremacy when they completely outplayed Lazio with a convincing 1:4 result back in Italy.

The match was pretty much over after the first part when the guests were effective three times over Lewandowski, Musiala, and Sane, creating an unreachable advantage. Things to got worse for the Italians, when Acerbi scored an own goal in the 47th minute, while two minutes later, Correa showed great individual effort and scored a comforting one for the Romans.

Simply said, the German squad performed like a perfectly balanced machine, not leaving much room for Lazio to do something more.

Lazio is entering this clash, probably knowing that their Champions League campaign will end, as they have a pretty unreachable deficit from the first leg.

As previously mentioned, they conceded three times during the first forty-five minutes, a disadvantage that was almost impossible to reach against Munich’s giant, and with an own goal scored at the beginning of the second part, their fate in this one was sealed.

Correa was the bright spot in their appearance, as he scored a beautiful goal from inside the penalty area, but that simply wasn’t nearly enough to match Bayern in this encounter.

The Italians miss defender Luiz Felipe (10/0) and midfielder Lazzari (21/1) due to injuries, probably as well as midfielder Akpa-Akpro (20/0).

Still with the goals

One way or another, this shouldn’t be a very passive game after all. The Bavarians have the needed quality and with a bit relaxed approach this time, they still should be able to confirm their class. The Italians probably won’t risk in order to avoid a catastrophe, but the Germans are still way above their quality and a bit more than a couple of goals do seem realistic.